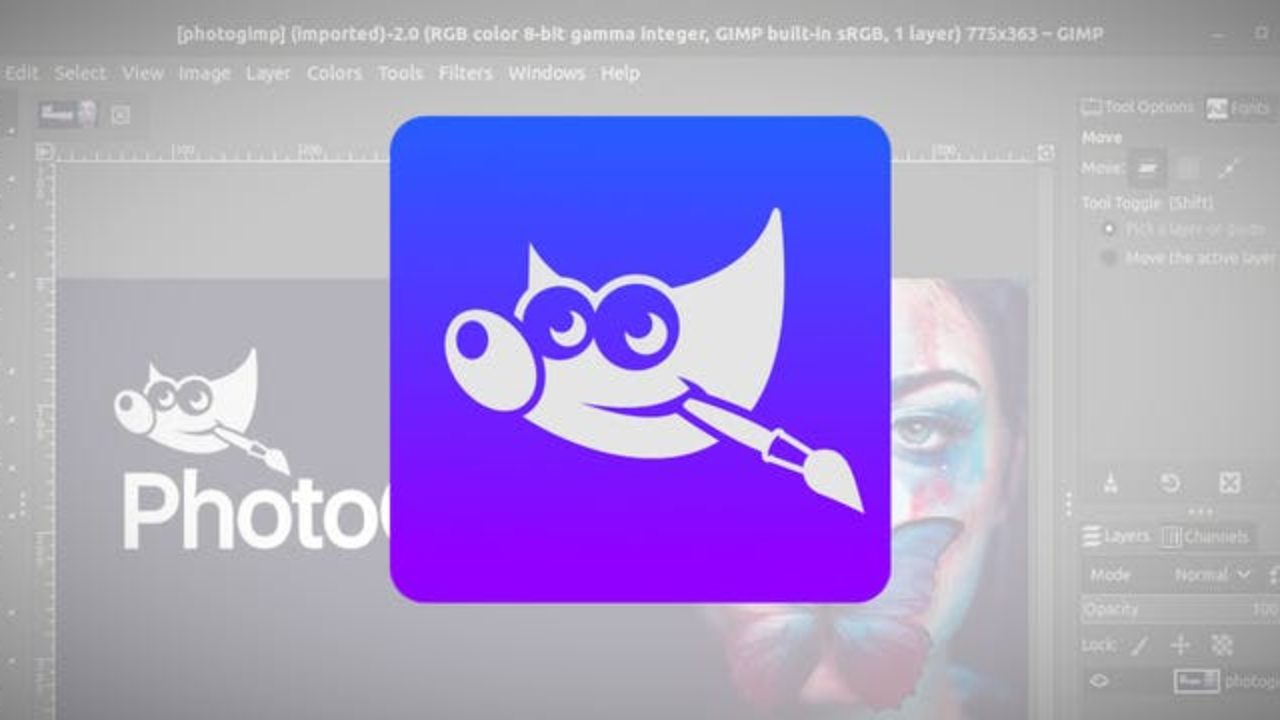 If you have used Photoshop for sometime, you’ll notice that the GIMP has different settings, different keyboard shortcuts and layout than Photoshop.

And there is absolutely nothing wrong with it. After all, both are two different software, and they don’t have to look the same.

However, people who are used to Photoshop find it difficult to forget their hard learned muscle memory while switching to GIMP. This could frustrate some because using a new interface means learning numerous keyboard shortcuts and spending time on finding which tool is located where.

To help such Photoshop to GIMP switchers, Diolinux has introduced a tool that mimics Adobe Photoshop in GIMP.

PhotoGIMP: Give Adobe Photoshop like look and feel to GIMP in Linux

PhotoGIMP is not a standalone graphics software. It is a patch for GIMP 2.10. You need to have GIMP installed on your system to use PhotoGIMP.

When you apply the PhotoGIMP patch, it changes GIMP layout to mimic Adobe Photoshop.

Installing PhotoGIMP on Linux [for intermediate to expert users]

PhotoGIMP is essentially a patch for GIMP 2.10. You must have GIMP 2.10 installed on your system. You download and extract the zip file in Linux. You’ll find the following hidden folders in the extracted folder:

At present, PhotoGIMP is mainly compatible with GIMP installed via Flatpak. If you installed GIMP using Flatpak, you can simply copy-paste these hidden folders in your home directory and it will convert your GIMP into Adobe Photoshop like settings.

However, if you installed GIMP via apt or snap or your distribution’s package manager, you’ll have to find the GIMP config folder and paste the content of the .var/app/org.gimp.GIMP/config/GIMP/2.10 directory of PhotoGIMP. When asked, opt for merge option and replace existing files of the same name.

I installed GIMP in Ubuntu 20.04 using apt. The location for GIMP config file for me was ~/.config/GIMP/2.10. I copied the content of the .var/app/org.gimp.GIMP/config/GIMP/2.10 directory here and started GIMP to see the PhotoGIMP splash.

This is not the first project of this kind. Some years ago, we had a similar project called Gimpshop. The Gimpshop project hasn’t seen any development in past several years and it is safe to assume that the project is dead. There is a website in the name of Gimpshop but that’s from imposters trying to cash in on Gimpshop name.