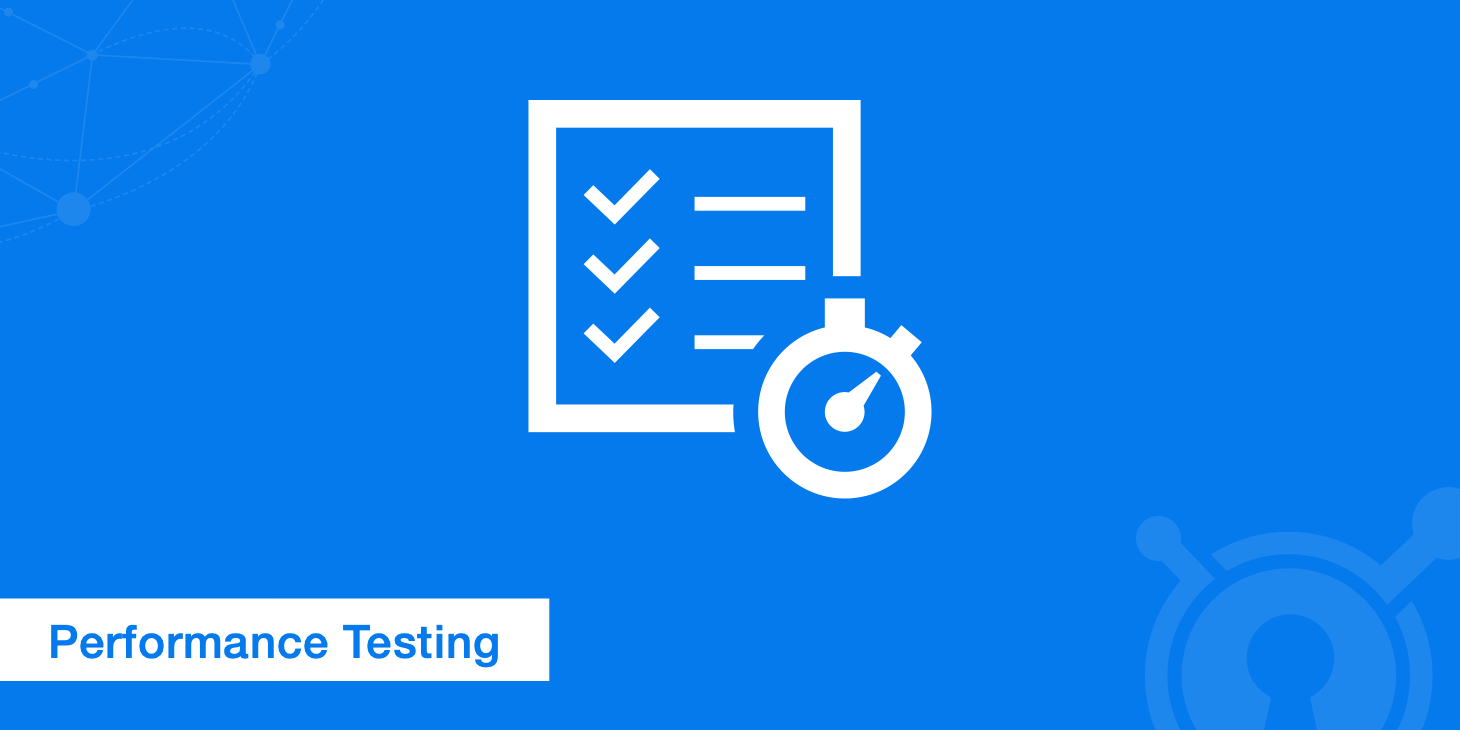 The list includes the open source as well as licensed Performance Testing tools. But almost all the licensed tools have a free trial version so that you can get a chance to work hands-on before deciding which is the best tool for your needs.

Enterprise-grade load and performance testing tool for web applications. WebLOAD is the tool of choice for enterprises with heavy user load and complex testing requirements. It allows you to perform load and stress testing on any internet application by generating load from the cloud and on-premises machines.

WebLOAD’s strengths are its flexibility and ease of use – enabling you to quickly define the tests you need with features like DOM-based recording/playback, automatic correlation, and JavaScript scripting language.

The tool provides a clear analysis of your web application performance, pinpointing issues and bottlenecks that may stand in the way of achieving your load and response requirements.

WebLOAD supports hundreds of technologies – from web protocols to enterprise applications and has built-in integration with Jenkins, Selenium and many other tools to enable continuous load testing for DevOps.

With LoadNinja, engineers, testers and product teams can focus more on building apps that scale and less on building load testing scripts.

This load and performance testing tool provides advanced testing functions. With JMeter at its core, it will be instantly familiar to any of its users.

Creating a test in SmartMeter.io is very simple. You can make test scenarios without scripting just by clicking in an embedded browser. There’s also no proxy setup or browser plugin necessary.

It features automatically generated reports with all details about the test and its results. The results contain auto-evaluated acceptance criteria, statistics, graph comparison tool, and trend analysis of multiple test runs.

LoadView is a fully managed, on-demand load testing tool that allows for completely hassle-free load and stress testing. Unlike many other load testing tools, LoadView performs testing in real browsers (not headless phantom browsers), which provides extremely accurate data, closely emulating real users. Only pay for what you use and no contracts required. LoadView is 100% cloud-based, scalable, and can be deployed in minutes.

This tool allows you to spend more time analyzing the results than on configuring and building tests by hand. You can learn even more about your application by making use of LoadUI’s ability to report on server performance data. You can set up local or globally distributed load agents for your load testing scenarios.

Open source load testing tool: It is a Java platform application. It is mainly considered as a performance testing tool and it can also be integrated with the test plan. In addition to the load Test plan, you can also create a functional test plan. This tool has the capacity to be loaded into a server or network so as to check on its performance and analyze its working under different conditions.

Initially, it was introduced for testing the web applications, but later its scope had widened. It is of great use in testing the functional performance of the resources such as Servlets, Perl Scripts and JAVA objects. Need JVM 1.4 or higher to run.

One of the key attractive features of this testing tool is that it can create and handle thousands of users at the same time.

This tool enables you to gather all the required information with respect to the performance and also based on the infrastructure. The LoadRunner comprises different tools; namely, Virtual User Generator, Controller, Load Generator and Analysis.

The Rational performance tester is an automated performance testing tool that can be used for a web application or a server-based application where there is a process of input and output is involved. This tool creates a demo of the original transaction process between the user and the web service.

By the end of it, all the statistical information is gathered and they are analyzed to increase efficiency. Any leakage in the website or the server can be identified and rectified immediately with the help of this tool.

This tool can be the best option for building an effective and error-free cloud computing service. This Rational Performance tester was developed by IBM (Rational software division). They have come up with many versions of this automated testing tool.

NeoLoad is the most automated performance testing platform for enterprise organizations continuously testing applications and APIs. NeoLoad provides testers and developers automatic test design and maintenance, the most realistic simulation of user behavior, fast root cause analysis and built-in integrations with the entire SDLC toolchain.

NeoLoad lets you reuse and share test assets and results from functional testing tools to analytics and metrics from APM tools. And, NeoLoad supports the full range of mobile, web and packaged applications, like SAP, to cover all testing needs. Continuously schedule, manage and share test resources and results across the organization to ensure application performance.

Easy and affordable performance testing tool. LoadComplete enables you to create and execute realistic load tests for websites and web apps. It automates creating realistic load tests by recording user interactions and simulating these actions with hundreds of virtual users either from your local computers or from the cloud.

LoadComplete helps you check your web server’s performance under a massive load, determine its robustness and estimate its scalability. It also provides detailed metrics and reports that help you to get in-depth insights into infrastructure performance, application behavior, and end-user experience.

Performance Testing tool for websites and intranet applications: WAPT refers to the Web Application Performance tool. These are the scales or analyzing tools for measuring the performance and output of any web application or web related interfaces.

These tools help us to measure the performance of any web services, web applications or any other web interfaces. With this tool, you have the advantage of testing the web application performances under different environments and different load conditions.

WAPT provides detailed information about the virtual users and its output to its users during the load testing. This is considered to be the best cost-effective tool for analyzing the performance of web services. The WAPT tools can test the web application on its compatibility with the browser and operating system. It is also used for testing the compatibility with the windows application in certain cases.

Loadster is a desktop-based advanced HTTP load testing tool. The web browser can be used to record the scripts which are easy to use and record. Using the GUI you can modify the basic script with dynamic variables to validate the response. With control over network bandwidth, you can simulate a large virtual user base for your application stress tests.

After the test is executed HTML report is generated for analysis. This tool is best to identify the performance bottlenecks in your application.

LoadImpact is a load testing tool that is mainly used in cloud-based services. This also helps in website optimization and improvising the working of any web application. This tool generates traffic to the website by simulating users so as to find the amount of stress and the maximum load it can work on.

This LoadImpact comprises two main parts; the load testing tool and the page analyzer. The load testing can be divided into three types such as Fixed, Ramp-up and Timeout.

The page analyzer works similar to a browser and it gives information regarding the working and statistics of the website. The fame of developing this load testing tool belongs to Gatorhole AB. This is a freemium service which means that it can be acquired for free and is also available for a premium price. But, you have the advantage of many options and features when you buy them for a premium price.

Testing Anywhere is an Automated testing tool that can be employed for testing the performance of any website, web application or any other objects. Many developers and testers make use of this tool to find out the bottlenecks in their web applications and rectify them accordingly.

It is a powerful tool that can test any application automatically. This testing tool comes along with a built-in editor which allows the users to edit the testing criteria according to their needs.

The Testing Anywhere tool involves 5 simple steps to create a test. They are object recorder, advanced web recorder, SMART test recorder, Image recognition, and Editor with 385+ comments. Originally, this testing software was developed by San Jose based Automation Anywhere Inc. Today, there are more than 25000 users for this product.

By unifying tests with its advanced write-once methodology, a functional test can be re-used for performance, load, compatibility, app-penetration, synthetic APM and more, thereby increasing velocity and productivity, reducing costs and finally allowing teams to work and collaborate together.

Appvance UTP offers complete integration with Jenkins, Hudson, Rally, Bamboo, and Jira, and also remains compatible with existing tools such as Selenium, JMeter, JUnit, Jython, and others. You can also pass data between application and script types without any code needed.

Google My Business Temporarily Removes Features Due to COVID-19

WWebsite
Read More
Stay up to date with these must-have tools. The world of the web moves quickly, and keeping up…
WWebsite
Read More
Effective UI design can, without a doubt, improve your conversion rate. However, there are at least three criteria…
SServer
Read More
Contrast helps to create focal points on a page and a hierarchy for what readers will see first. …
WWebsite
Read More
There’s a lot of overlap between SEO tools, which is why it can be so difficult figuring out…
WWebsite
Read More
WordPress began as a simple blogging platform but evolved into the content management system that now powers a…
WWebsite
Read More
Big Data is amazing. It describes our everyday behavior, keeps track of the places we go, stores what…